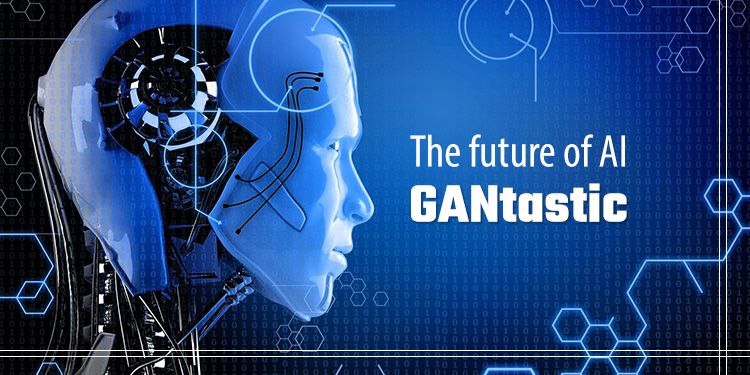 Practice makes one perfect is a well-known saying that underscores the importance of practicing repeatedly to attain mastery over a certain task. While it may or may not prove true for humans, however, for machines this saying is totally apt. Quality training with loads of data makes machines master a particular task. The problem lies in the fact that machines require huge amounts of data for the purpose of training. Data scientists feed machines huge volumes of data and then on the basis of this teach the machines to learn a certain task. But there are shortcomings in this process and both data and training are often found to be wanting to attain perfection or get the desired results. This is the biggest drawback or problem that AI faces in the present times. But there is a scenario where machines take up the task of learning to teach themselves and this has become possible with the aid of dueling neural networks technology.

The concept behind dueling neural networks or GANs

Dueling neural networks are also known as GANs (Generative Adversarial Networks). Let us explore the concept of GANs in detail. In GANs, two neural networks are pitted against each other and one of them is entrusted with the task of creating training data and getting as realistic in creating fake pictures, say for example. The other neural network is entrusted with the task of detecting such fake pictures and classifying them as genuine or fake and attain mastery over this task. By creating such a kind of healthy competition between two models, each one of them tries to master its task through thousands of iterations where no manual intervention is required. The end result is that we are able to develop highly sophisticated neural networks that are experts in churning out fakes and the others are experts in detecting such fakes.
This is why GANs have generated a high level of excitement in the field of AI since they are successful in solving the real-world problems of generating huge amounts of data for the purpose of training and also conduct the task of training neural networks with no manual supervision required.

How GANs were invented?

During an outing for a drink one night in the year 2014 in Montreal, Ian Goodfellow was approached for his help with a difficult project by his friends that involved creating a computer that could generate photos by itself. Researchers at that time were already using neural networks to create data sets on their own but the results were not encouraging as the photos they generated were blurred or had glaring errors. Goodfellow’s friends proposed using complex statistical analysis of the elements that created a photograph to aid machines to generate photographs by themselves.
At first, Ian Goodfellow thought such kind of approach was impossible to implement. However, pondering on this problem on a beer, Goodfellow got the idea of pitting two neural networks against each other. Goodfellow on the same night wrote a software that used this concept and it worked leading to the birth of GANs. Goodfellow was catapulted in limelight and has been recognized as an AI celebrity.

GANs help neural networks to learn with fewer data and create a better network. GANs are also used to synthetically generate new word images that are used to train the associated neural network. This basis of using GANs to generate artificial data that can be shared openly on the internet and keeping the primary source hidden, thus respecting the privacy of the original contributor has numerous applications. It has implications to create and share healthcare data without revealing the details of patients. GANs are taking AI to the next level by their various applications. One interesting application of GANs is regarding their use for predicting the future. This may sound like science fiction presently, but GANs may make this possible. Scientists are working on writing software that can predict future situations by generating a video based on studying the current videos that are fed to GANs.
GANs are finding applications in generating dark matter simulations that are otherwise computationally expensive to generate and hence this is a boon for the cosmologists. A team led by researchers from the Lawrence Berkeley National Laboratory have utilized weak gravitational lensing maps as input to generate more of such images as output with the aid of GANs. This model has been named as CosomGAN and this model provides scientists the opportunities to study the effects of dark matter that is present in the universe.
GANs are also being used to highlight the impacts of climate change by generating images that depict the harm that particular property in an area can be impacted by rising sea levels, storms and other types of natural disasters that are increasing in frequency due to climate change. GANs have been used to generate images that depict what the houses may look like before and after such kind of natural disasters and the kind of imagery such type of neural networks produce is very realistic.

Just as with other technology, genuine concerns have arisen regarding the misuse of GANs by the people with ill intent. With the world already grappling with the ill-effects of fake news, we can compound the problem by generating more amounts of fake data with GANs. Since the images that are generated by GANs are difficult to distinguish as fakes, the line between truth and falsity will fade to a large extent. GANs can also be used to generate fake videos and also generate fake audios that sound something to humans, but the machines understand the same audio differently.
The evolution of GANs will have worrying consequences in the area of cybersecurity as well. Researchers are highlighting the risk of ‘black box’ attacks that use GANs to crack the machine-learning models that are used by security programs to spot malware. After a GAN has decoded how a defender algorithm operates, attackers can even devise ways to evade such security programs and even insert rogue code in them. The same kind of approach can be used to make spam filters and other defenses ineffective.

With the technique called deep learning, AI researchers have been able to make excellent progress and the results can be seen in the evolution of self-driving cars and the virtual technology assistants like Alexa and Siri among others. However, deep learning technique has been just able to make AI learn to recognize things, but not in creating them. This is where the potential of GANs is limitless as their ultimate goal is to give the power of imagination to machines.
With such capabilities, machines would not only be able to draw beautiful pictures or compose music, but they will become less reliant on humans to make them learn new things. Presently, training machines to learn something involves feeding them tons of data which is costly and labor-intensive. However, GANs will change all that and make a giant leap forward in AI in the form of ‘unsupervised learning’. Thus, the development of dueling neural networks or GANs is a significant and fundamental advance in the field of AI and has tremendous potential to shape the future of this technology.