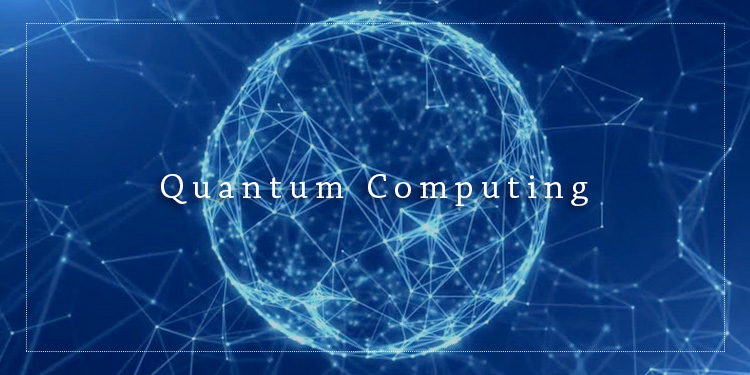 Quantum computing is one of the most exciting and cutting-edge technologies that is being developed presently. A quantum computer works on the concept of quantum mechanics and promises to increase the processing power exponentially, relegating the most advanced supercomputers of today to obscurity. The quantum computing market is already making waves and is poised to record an annual growth rate of nearly 25%, reaching a market valuation of more than US$ 280 million in 2024.

Riding on their phenomenal computing power, they promise to herald new vistas in diverse fields such as material science, pharmaceuticals research, healthcare, and many others. This immense computing power is derived from the ability of quantum computers to generate and manipulate quantum bits, also known as qubits.

The mystery of qubits decoded

The classical computers that are based on the binary system make use of bits that are a stream of electrical or optical pulses representing 1s or 0s. However, quantum computers use quantum bits or qubits, which are subatomic particles like electrons or photons. The real challenge in the development of quantum computing is to generate and manage qubits, which is quite tough looking from a scientific or an engineering point of view.

To harness a qubit for processing information, some of the companies are using superconducting circuits that are cooled to temperatures of about 20 millikelvins, which is 250 times colder than deep space. Another approach is to trap atoms in electromagnetic fields on a silicon chip using ultra-high-vacuum chambers. Both methods have one common purpose, that is to isolate the qubits in a controlled quantum state.

Qubits have a unique property due to which a connected group of qubits can provide much more processing power than the same number of binary bits. This is possible due to the phenomena known as superposition and entanglement.

In classical computing, binary bits can represent either a 1 or 0. However, in quantum computing, qubits can represent 1 and 0 at the same time, and this property of qubits is known as superposition. Due to this property, qubits can conduct vast numbers of calculations simultaneously, and this massively increases their processing speed and capacity. To stimulate this property of superposition, scientists manipulate them using lasers or microwave beams. In quantum computing, the result of a calculation can be revealed only once the qubits are measured, due to which they collapse to either 1 or 0.


The curious case of entanglement

A pair of qubits can be generated that are entangled with each other. It implies that these two entangled qubits exhibit a single quantum state. If the state of one qubit is changed, the other qubit entangled with it will also change its state in a predictable manner. This property holds true even if the two qubits are separated by long distances.

Decoherence is the property exhibited by qubits wherein they interact with their environment in such a manner that causes their quantum behavior to decay and ultimately to disappear. The quantum state of qubits is extremely fragile. Due to the presence of slightest vibration or change in temperature, also known as ‘noise’, they can tumble out of superposition before the calculation that has been entrusted to them has been properly carried out. Therefore, scientists keep qubits in supercooled fridges and vacuum chambers, to protect them from noise and to maintain their superposition state for as long as possible.

Even though scientists are trying their best, noise is still able to cause a lot of errors in the calculations performed by qubits currently. Despite the fact that smart quantum algorithms can compensate for some magnitude of noise, and adding more qubits is also contributing to the same, it will take thousands of standard qubits to create a highly reliable qubit, known as ‘logical’ qubit. However, this will result in a lot of computational capacity of quantum computers getting sapped. And looking at the present state of development, scientists haven’t been able to make more than 128 standard qubits. Hence, the goal of a functional quantum computer is still far from being realized. But this has not dented the hopes of various organizations involved in the development of quantum computing to be the first in demonstrating ‘quantum supremacy.’

When quantum supremacy will be achieved?

Quantum supremacy is an occurrence in which a quantum computer can perform a mathematical calculation that is beyond the reach of even the most powerful supercomputers of today. However, it is still not clear how many qubits will be needed to achieve this as supercomputers keep on getting more sophisticated, with their hardware and processing keeps on getting better. Various companies are in the race to declare quantum supremacy. To know more about the interesting world of quantum computers and the concept of quantum supremacy, click here.

Artificial Intelligence (AI) is one of the main application areas for quantum computers. AI works on the principle of machines learning from experience and becoming more accurate as they receive feedback until machines reach a point that they exhibit intelligence. Since this feedback is based on calculating the probabilities for many choices that are valid, AI becomes an ideal choice for quantum computing. AI is a promising technology as it is termed to be the defining technology of the twenty-first century, and have a kind of impact like electricity had in the twentieth century. And AI is going to impact every industry, right from automotive to medicine.

Companies are employing quantum computing to test software for autopilots and for designing software that can distinguish cars from landmarks. In the near future, a tipping point will be reached, as AI is creating more AI, and it will become an inseparable part of daily life. Some of the applications of AI can be explored here.

An important application area for quantum computing is the realm of molecular modeling, where molecular interactions are studied, and chemical reactions are optimized for the highest efficiency. Presently the quantum chemistry is complex and way beyond the reach of classical computers. Molecular modeling is an exciting application area for quantum computing since chemical reactions themselves are quantum in nature and they form highly entangled quantum superposition states. However, when quantum computing realizes its full potential, it wouldn’t have any difficulty in decoding and modeling even the most complex processes.

Google has taken a lead in this field and has simulated the energy of hydrogen molecules. This is going to impact majorly the production of solar cells, pharmaceutical drugs, and fertilizers. As quantum computing develops more and more, it will have major implications on our energy supply and environment.

Presently, online security is based on the difficulty of factoring large numbers into primes. While such kind of a task can be done by the classical computers, it requires a huge amount of time and resources to crack the code and thus is deemed to be impractical.

However, quantum computers can perform such factoring tasks easily since their processing power is huge as compared to classical computers and hence can break the online security systems easily. To counter this security threat, new cryptography methods are in the process of development, that are resistant to quantum computers. Various facets of security services can be explored here.

Modern financial markets are some of the most complex systems operating presently. Financial markets are so complicated and unpredictable, that no controlled setting has been developed for them in which experiments can be run. Here is where quantum computing comes in the picture. Since the randomness inherent in quantum computing corresponds to the complex nature of financial markets, investors will be able to evaluate the distribution of outcomes from a huge number of scenarios randomly generated. This can be the dawn of a new era in financial modeling.